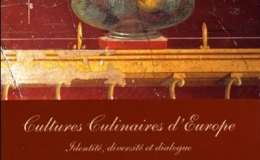 Take advantage of a 50% discount on our book Culinary Cultures of Europe and take a gastronomic journey into the heart of Europe's cultural diversity. Discover how the links between history, culture and food have influenced and defined the culinary traditions of different societies, through texts complemented by simple recipes, photographs and illustrations.

The book has won several awards, including the "Best Historical World Cookbook" award at the Gourmand World Cookbook Media Awards in 2006, and the Silver Award in the category of "Book about a country or region - gastronomic tourism" at the 2nd Gourmet Voice World Media Festival in Cannes in January 2006.