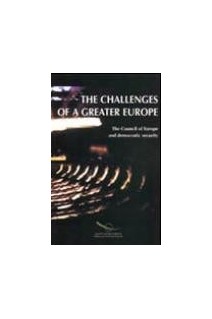 
 
The end of ideological and political division in Europe has by no means eliminated all factors which threaten the continent's stability. In this context, the role of the Council of Europe is becoming more essential than ever before. During almost fifty years of action, the Council of Europe has been devoted to extending the European field of democracy, continuing dialogue and probing examination of major societal issues, as well as developing solidarity among the leaders and parliamentarians of its fourty member states - including the Russian Federation, admitted as a member in February 1996. Today, the Council of Europe maintains its decisive political function of fostering the democratic security of a greater Europe.
This reference work has been written by twenty-three European specialists and sheds an exciting new light on the challenges of a grater Europe in the field of politics, law, diplomacy, society and culture.