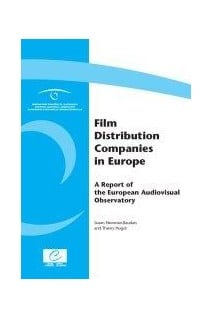 
 
More than 128 companies profiled in 28 European countriesKey topics treated: - Analysis of the film distribution sector in Europe - Market overviews - Key players - Market shares Individual company profiles including: - Contact details - Strategies - European films distributed and admissions 2000 - 2005 - Financial situation This publication provides a panorama of distribution companies currently operating in Europe and has a special focus: it concentrates on companies that are particularly active in distributing films falling into the category of `non-national European films'.
Structure of the report

The report is made up of two principal sections. The first is an introductory chapter giving a brief overview of the distribution sector in Europe as a whole and examining the financial performance of the branch. The second chapter provides, country-by-country, individual profiles of distributors involved in the distribution of non-national European films. Each company profile includes three elements:

In addition some contextual information concerning each national market is given. This generally consists of distributor market shares by admissions and a ranking of distribution companies by operating revenue. Contact addresses and web site details are also provided for all the companies included in the report.

For this report it has been feasible to include information on no less than 28 European countries:

Film Distribution Companies in Europe brings together in a single publication a wealth of information from multiple sources. It will prove a unique tool to all those wishing to further their knowledge of film distribution in Europe.