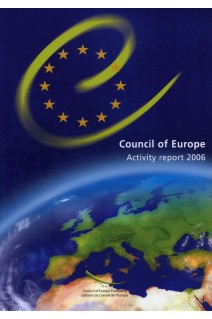 
 
The implementation of the recommendations of the 3rd Summit of Heads of State and Government of the Council of Europe (Warsaw, May 2005) resulted in the launch in 2006 of a number of European campaigns, in particular "Building a Europe for and with children"; the "Campaign to combat trafficking in human beings", with its slogan "Human being - not for sale"; "All different, All equal"; "Stop domestic violence against women"; and the `Dosta!" awareness-raising campaign to end prejudice against the Roma.Kosovo was a major political concern for the Council of Europe. Through its Venice Commission, it provided expert input for the preparation of the future status of the region and continued to provide expert advice on the implementation of European standards in such fields as the protection of human rights, minority rights, decentralisation, cultural heritage protection and constitutional law.The Republic of Montenegro applied for membership of the Council of Europe following the 21 May referendum, which paved the way for its independence. Serbia, on the other hand, succeeded the former State Union of Serbia and Montenegro as a member state of the Organisation.The Council of Europe was the first organisation to look into the allegations of secret detentions and unlawful transfers of suspected terrorists in the member states. The Parliamentary Assembly and the Secretary General each carried out investigations which revealed that Council of Europe member states have not set up effective legal safeguards against such practices, which violate the European Convention on Human Rights.