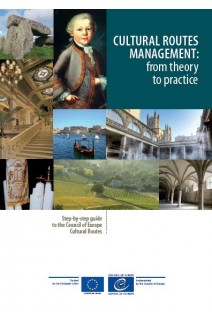 This book is a collection of twelve brief articles on a similar number of cultural routes established by the council for Cultural Co-operation of the Council of Europe, enriched by...
Price 10.67 € / 18.00 $US
 Quick view

The cultural routes programme was launched by the Council of Europe in 1987. Its objective was to demonstrate, by means of a journey through space and time, how the heritage of the...
Price Free
More info
 Quick view

This book is a collection of twelve brief articles on a similar number of cultural routes established by the council for Cultural Co-operation of the Council of Europe, enriched by...
Price 10.00 € / 18.00 $US
 Quick view