The margin of appreciation: interpretation and discretion under the European convention on Human Rights (Human Rights files No. 17) (2000) 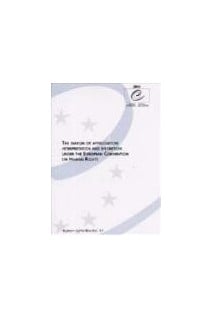 
 
The term "margin of appreciation" has been used in hundreds of decisions by the Strasbourg organs to refer to the "room of manoeuvre" which national authorities may be allowed in fulfilling some of their principal obligations under the European Convention on Human Rights. This book re-examines its often controversial profile in the leading cases and concludes that its role would be clearer and more defensible if the Court linked it more rigourously to the fundamental principles which enable the Convention to be properly interpreted.