PDF - European citizenship - In the process of construction - Challenges for citizenship, citizenship education and democratic practice in Europe (2009) 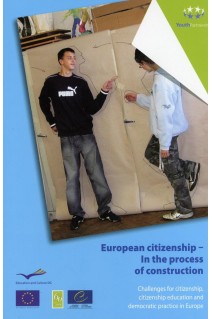 European citizenship is still a contested concept, bringing together two notions and therefore two different debates: one around Europe and European identity, and the other related to citizenship and non-citizenship.Europe, in an ongoing process of construction, should be shaped and defined by its citizens. Young people in particular have a special interest in and concern about what kind of Europe they want to live in. It is therefore important to reflect on how European citizenship and debates around European identity could help and empower young people to actively contribute to building Europe.The essays collected here address this issue. They present the debates and findings of the research seminar entitled "Young People and Active European Citizenship" organised by the Youth Partnership between the Council of Europe and the European Commission. European citizenship remains one of the main priorities of this partnership.

Reflections on European identity: the case of eastern European countries

European identity and civic concern: an argument against mythologising Europe

The integration crisis in the Netherlands: the causes and the new policy measures

Democratic ideals and practices in educational practice: the effects of school¬ing on political attitudes among secondary school students in Sweden

Strengthening opportunities for citizenship education at local level: the case of Berlin-Neukölln

PDF - European citizenship - In the process of construction - Challenges for citizenship, citizenship education and democratic practice in Europe