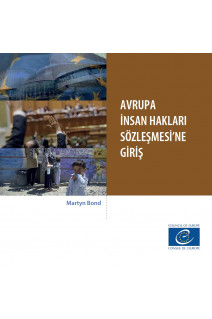 The right to life, prohibition of torture, freedom of thought, conscience and religion, freedom of expression, the right to marriage... Did you know that these rights and many others are protected by the European Convention on Human Rights?

The author of this book illustrates each of these rights in a simple and clear way, using specific examples. He also sets the action of the European Court of Human Rights in the wider context ofCouncil of Europe activities pursuing the same ideals.

Martyn Bond is a journalist who has reported from London, Brussels, Strasbourg and Berlin. He is also a former European civil servant. Over the past half century he has witnessed and reported on many of the events that have shocked or amused, delighted or disturbed European readers, listeners and viewers. He firmly believes that respect for human rights lies at the heart of what it means to be European.