Autobiography of intercultural encounters through the internet (2022) 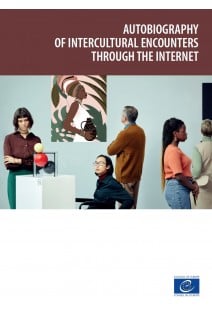 
 
A guide to help you analyse a specific encounter you had with one or more people from another culture through an online interaction (for example, in a social network, forum or blog)

In the contemporary world, encounters with people from other cultural backgrounds have become part of our everyday lives. These intercultural encounters may be used as an opportunity to learn about other cultures, to develop our capacities for effective and respectful communication, to think about our own cultural affiliations and to reflect on ways in which we might take action for the common good.

A guide to help analyse a specific image encountered in the media (e.g. on television, in a book, on the internet) that shows a person (or people) from another culture. In the...
Price 29.00 € / 58.00 $US
 Quick view

Intercultural encounters are part of our everyday lives with or without globalisation and internationalisation. In the contemporary world, encounters with people from other cultural...
Price 32.00 € / 64.00 $US
 Quick view

What kind of society will our children live in tomorrow? An important part of the answer to that question lies in the education we give them today. Education plays an essential role in...
Price 67.00 € / 134.00 $US
 Quick view

Learning to live together - Council of Europe report on the state of... (2019)

White Paper on Intercultural Dialogue "Living together as equals in... (2010)

Managing Europe's increasing cultural diversity - rooted in the history of our continent and enhanced by globalisation - in a democratic manner has become a priority in recent years. The...
Price 15.00 € / 30.00 $US
 Quick view