A fractured peace: the former Yugoslavia (1999) 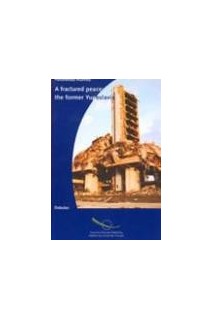 
 
The scene of violations of human rights on a scale unprecedented in western Europe since the second world war, the former Yugoslavia endured four years of war resulting in population movements and immeasurable human suffering. The media in the former Yugoslavia, tools both of propaganda and of freedom of expression, contributed not only to the escalation of the conflict, but also to its resolution.
At the time of their signing in 1995, the Dayton Agreements represented the only chance of bringing the horrors of war to an end
and the subsequent process of reconstruction had a direct effect on the return of refugees.
Like other international organisations, the Council of Europe and its Parliamentary Assembly offers its legal and democratic expertise, and works closely with the new institutions of human rights in Bosnia and Herzegovina.
The resumption of hostilities in Kosovo, however, has cruelly tarnished the hopes for total stability, and the international community cannot turn its back on this tortured region.
The fractured peace in the former Yugoslavia remains a fragile one.