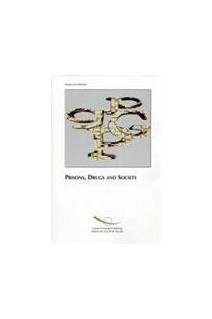 
 
This publication produced within the framework of the Conference on Prisons, Drugs and Society (Berne, 20-22nd September 2001), was organised jointly by the Pompidou Group and the World Health Organisation Regional Office for Europe (Health in Prison Project), with the participation and on the invitation of the Swiss authorities.
This title summarises the 3 sessions of the Conference: the review of the general context of the interactions between prisons, drugs and society
the size and the nature of the drug problem in Western and Eastern European prisons as well as the role of the key actors and facilitators such as the judiciary, the media, the prison staff and the prisoner.