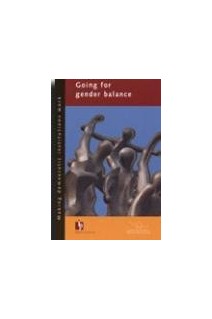 
 
This title is intended to be a practical ideas book.
The first part of this guide reviews successful experiences and innovative ways of approaching balanced decision making, giving examples in a range of countries, thus providing access to gender projects and initiatives which have rarely been disseminated.
The books moves beyond electoral politics, which are by far the most documented, and focuses on other groups which are also involved in social and economic decision making, such as trade unions and NGOs, thereby informing and inspiring activists in areas where the most work remains to be done.
Part two focuses on persuasive communication tcehniques used to sensitise opinion leaders and the general public to issues of gender balance. The ultimate goal is to make gender balance second nature to European societies, thus today's awareness-raising strategies - pre-election campaigns, media-sensitisation campaigns, networks, protest actions and "grass-roots cookie days" - will one day become artefacts from the past.