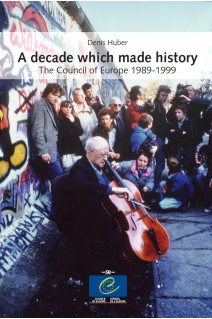 
 
This book is, first and foremost, the story of a reconciliation - Europe's reconciliation with itself. For centuries, Europe was something of a free-floating concept - easy for poets like Victor Hugo to celebrate, but hard for geographers to pin down.

It was not until the end of the second world war that it came to mean something definite, when its leaders set out to bring peace, stability and prosperity to a continent torn for too long by internecine conflicts. This project did not, however acquire its full signifiance an true dimension until 1989, when East-West division was brought to an end by the "autumn of the peoples", which swept away the Berlin Wall and the bipolar system ingerited from Yalta.


From the fall of the Berlin Wall to Kosovo, covering the unification of Germany, the break-up of the USSR and Yugoslavia, as well as the "velvet divorce" of Czechoslovakia, these last ten years have seen great upheavals in our continent, on a scale probably unparalleled since the fall of the Roman empire.

The Council of Europe has played a special role in all of this, as the structure best qualified to welcome the new European democracies, and its membership has soared from 23 to 41 (including 17 central and east European countries) between 1990 and 1999. Truly "a decade which made history" - and one which the reader is invited to retrace in these pages.
Introduction
I. “The common European home
II. The end of Yalta
III. Thirty-five minus two equals fifty-three
IV. “The crucible of the Confederation”
V. Out of sheltered waters
VI. The frontiers of Europe
VII. “All different, all equal”
VIII. From Reykjavik to Vladivostock
IX. The Greater Europe Summit
X. From words to deeds
XI. For a Greater Europe without dividing lines
Conclusion
Notes
Addenda
Appendices
References