Living together in Europe in the 21st century: the challenge of plurilingual and multicultural communication and dialogue. Proceedings of the 3rd colloquy of the European Centre for Modern Languages, Graz (Austria), 9-11 December 1998 (2002) 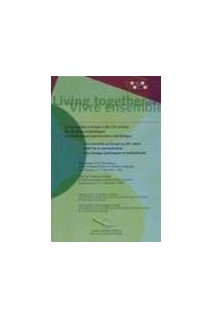 
 
In 1994, upon the initiative of Austria and the Netherlands, with special support from France, eight states founded the European Centre for Modern Languages (ECML) as an Enlarged Partial Agreement of the Council of Europe. At the time of writing thirty-one states subscribe to the Partial Agreement. Following a successful initial trial period (1995-1998) the continuation of the activities of the Centre was confirmed by Resolution (98) 11 of the Committee of Ministers.
The ECML's overall role is the implementation of language policies and the promotion of innovations in the field of teaching and learning modern languages. The aim of the Graz Centre is to offer - generally through international workshops, colloquies, research and development networks and other expert meetings - a platform and a meeting place for officials responsible for a language policy, specialists in didactics, teacher trainers, textbook authors and other multipliers in the area of modern languages.
The third international colloquy of the ECML 'Living together in Europe in the 21st century: the challenge of plurilingual and multicultural communication and dialogue' was organised in co-operation with the European Commission's Directorate-General for Education and Culture. The Colloquy marked the consolidation of a successful ongoing co-operation between the Centre and the European Commission. The intensive two and a half day event structured around a series of roundtables and workshops brought over 100 experts from all over Europe to Graz to discuss a theme which presents a daunting challenge to Europe in the decades to come. The proceedings provide an overview of the event, the discussions and its outcomes which were to feed into the first medium-term programme of the ECML.