The demographic characteristics of immigrant populations (Population studies No. 38) (2003) 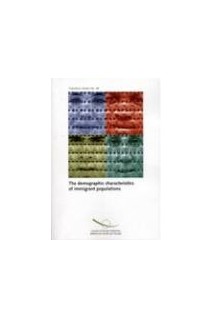 
 
This publication presents a series of studies conducted by the European Population Committee between 1998 and 2001 together with specialised research institutes in eight European countries: Belgium, Germany, Great Britain, the Netherlands, Switzerland, Norway, Portugal and Estonia.Each study begins with an overview of today's migrant groups in Europe and the main findings are summarised in a comparative synthesis report. They describe the origin of migrants, the demographic dynamic of immigrant populations (inflows and outflows), fertility, family formation, intermarriage, mortality and the spatial distribution in the countries of settlement.To allow for comparisons between different receiving countries, the studies focus particularly on groups that are well established in several countries, such as: Turks and Moroccans, Pakistanis and Bangladeshis as well as migrants from southern Europe.
The studies also include a co-ordinated modelling exercice to estimate the demographic impact of immigration on receiving populations since the second world war. The model calculates the population size and structure of individual countries without migratory flows during the last decades and compares the results with today's observed population.