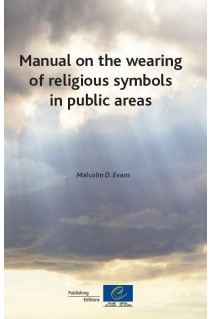 This manual explores how the European Convention on Human Rights relates to the freedom of thought, conscience and religion. It identifies the key concepts which can be found in the jurisprudence of the European Court of Human Rights and examines the role and responsibilities of both state and citizen.The central issue addressed is the wearing of religious symbols in public areas. For this purpose, the author first looks at a number of fundamental topics, including the `visibility' of religions and beliefs in the public sphere, and the notion of `wearing religious symbols'.The essential questions policy makers need to ask when addressing issues concerning the wearing of religious symbols are then listed. Finally, the manual seeks to apply these principles and approaches to a number of key areas such as state employment, schools and universities, the private sector and the criminal justice system.

V The Role and Responsibilities of Individuals and Religious Communities

VII The Wearing of Religious Symbols: the Practical Application of the Principles Identified
(A) The Basic Framework: a Brief Recapitulation
(B) The Key Questions to be Considered

PDF - Manual on the wearing of religious symbols in public areas