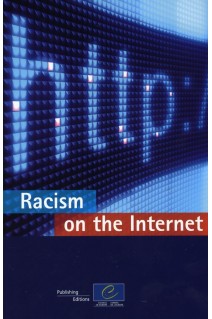 Racism was a pressing social problem long before the emergence of the digital age. The advancement of digital communication technologies such as the Internet has, however, added a new dimension to this problem by providing individuals and organisations with modern and powerful means to propagate racism and xenophobia. The use of the Internet as an instrument for the widespread dissemination of racist content is assessed in detail by the author.The problem of racist content on the Internet has naturally prompted vigorous responses from a variety of agents, including governments, supranational and international organisations and from the private sector. This book also provides a detailed critical overview of these regulatory and non-regulatory initiatives.

2.  Key issues: the global and decentralised nature of the Internet and its impact upon governance
What is so different about the Internet?
States try to regulate but...
Emergence of Internet governance

6.  International initiatives through the United Nations
The International Convention on the Elimination of All Forms of Racial Discrimination
UN Policy work with regard to combating racist Internet content

Appendix I - Council of Europe Additional Protocol to the Convention on Cybercrime, concerning the criminalisation of acts of a racist and xenophobic nature committed through computer
systems, ETS No. 189
Appendix II - European Commission against Racism and Intolerance, General Policy Recommendation No. 6: Combating the dissemination of racist, xenophobic and antisemitic material via the Internet, adopted by ECRI on 15 December 2000

PDF - Racism on the Internet