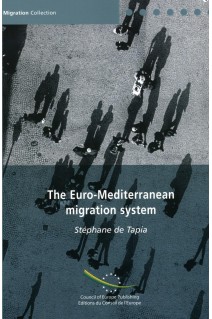 The Euro-Mediterranean region can be seen as the focal point for movements between south and north. Starting with this observation, the author addresses the migration problems of the countries on the northern shore of the Mediterranean and the immigration countries of the European Union, which recruit labour from the southern shore (for example, Moroccans working in France, Belgium and Great Britain, Turks in Germany, France, Benelux and Scandinavia, Algerians in France and Tunisians in France and Italy). He also deals with the new immigration countries on the northern shore (Spain, Italy and Greece), as well as the emigration and transit countries of the southern and eastern shores.This work is intended to provide the reader with a critical overview of the existing literature on the theme of "co-development" based on sources in various languages, highlighting matters likely to form part of needs of both immigration countries and countries of origin, and taking account of the questions raised by the experts.

The state of research in Europe and worldwide

1.1 The current position: migrants' ongoing links with their countries of origin and significant financial transfers
1.2 Official development assistance and its effects on international migration
1.3 The effects on migration of national investment and foreign direct investment in the setting up of enterprise areas
1.4 The transition from country of emigration to country of immigration: well-known examples (Italy, Spain) and recent developments (Portugal, Greece, Ireland, Turkey)
1.5 The impact on economic development in transit countries
1.6 Possible effects of illegal migration and development

Chapter 2 - International migration and the socioeconomic development of countries of origin: a question that still arises, is difficult to review and presents a true challenge

Chapter 3 - Productive and unproductive investments: an old distinction but one which was not always relevant in the 1970s and 1980s

Types of action taken by governments, firms, NGOs and emigrants

3.1 Creating industrial enterprises
- The Turkish experience: "people's sector" and "Turkish model" (hoik sektoru and Turk modeli)
- The Yugoslav experience: deviznefabrike
- The Tunisian experience: resourceful traders and a transnational strategy
3.2 Creation of small-scale production and service companies
3.3 Setting up businesses
3.4 Agriculture
3.5 Public services financed by emigrants
3.6 Mixed (beneficial and adverse) effects on the building industry and the real estate sector
3.7 Effects on transport and communications
3.8 Widespread international tourism
3.9 The official economy and the underground economy
3.10 The impact of the local situation

Chapter 4 - Delayed effects of direct and indirect investment and the importance of pursuing long-term development policies; lessons to be learned from experience for future projects

Appendix 2 - Research results
A. The "debit/credit balance" of international migration, as summarised by G. Tapinos (1974)
B. Difficulties encountered by business set up by Turkish emigrants (source: de Tapia (1996), based on work by REMPLOD and ISOPLAN)
C. Difficulties recently encountered in four countries of emigration by entrepreneurs returning home, based on an AFD study analysed by M. Raunet (2005)
D. Example of economic reintegration in Africa: the region of Bamako-Kayes in Mali, empirical study by the IRD (2002)
E. Characteristics of investments by migrants returning to Anatolian emigration basin (Tavas, Denizli, Turkey). Empirical study of an emigration basin by Mustafa Mutluer