Guarding the watchdog - the Council of Europe and the media (2004) 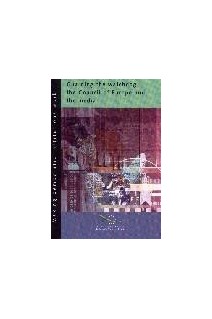 
 
This book reviews the Council of Europe's work in the field of the media from the 1950s onwards and provides the reader with a framework for understanding policy development and how important democratically regulated media are. It also informs on the challenges facing European media policy today, such as freedom of speech in the context of globalised terrorism, journalists in conflict situations and the pressing issue of media concentration.

Foreword
Introduction
I. Principles and tools for a European media policy
First initiatives: one-off measures and committees of experts
1981: an integrated policy for the media in Europe
From a European media charter to the European Convention on Transfrontier Television
The 1990s: political turmoil, technological revolution
The European Audiovisual Observatory
Eurimages
Keeping pace with new technologies
Internet and digital TV: current issues
A world first: the Convention on Cybercrime
IL Core issues for the media: the Council of Europe's response
Gender equality
Minorities
Violence
Intolerance
Children and young people
Tobacco, alcohol and drugs
Local authorities
Wars and conflicts
The fight against terrorism
Globalisation and market concentration
III. The European Court of Human Rights: média democracy through law
Case-law based on Article 10
Conclusion, Appendix, Bibliography