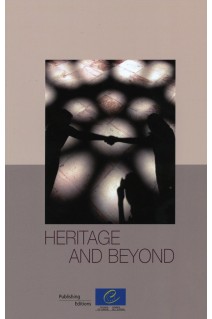 The notion of cultural heritage may be viewed from a number of standpoints. This publication is concerned less with the science and techniques of conservation than with the meaning of heritage and the contribution it can make to the progress of European society. It is firmly rooted in the principles of the Council of Europe - a political organisation committed to human rights, democracy and cultural diversity - and includes a range of articles that look at heritage in the context of the current challenges we all face. In particular, it shows how the Council of Europe's framework convention can enhance and offer a fresh approach to the value of the cultural heritage for our society. As such, it provides further reasons for states to ratify this convention, which was opened for signature in Faro, Portugal, in 2005, and adopt its dynamic and forward-looking approach.How and why did it seem appropriate at the start of this millennium to draw up a new roadmap for our heritage? How had the concept changed and what does this imply? How could the message transmitted by the Faro Convention foster the emergence of a new culture of development and greater territorial cohesion, leading to sustainable resource use and the involvement of everyone in the transmission of a heritage from which all of society would benefit?This publication attempts to answer these questions, but also looks in depth at various themes introduced by the Faro Convention, such as the "holistic definition" of heritage, the concept of "heritage communities" and of a "common European heritage", its different economic and social dimensions and the principle of shared responsibility. It also offers valuable insights into the relationships between the heritage, the knowledge society and the process of digitising cultural assets.

The philosophical, political and pragmatic roots of the convention

Unpacking the convention into challenging actions for member states

New heritage frontiers
Views of the Chair of the Faro Convention drafting group
The Faro Convention, an original tool for building and managing Europe's heritage
Why do countries ratify conventions? The case of Montenegro
The Regional Programme for Cultural and Natural Heritage in South East Europe - Declaration

The social and spatial frameworks of heritage - What is new in the Faro Convention?

Europe - A constrained and fragmented space on the edge of the continental landmasses. Crossroad, battlefield and melting pot

Heritage conservation as a driving force for development

Heritage partnerships - Promoting public involvement and understanding
"40xVenezia", an example of a heritage community applying the principles of the Faro Convention
Place-making and place-shaping
Communities of practice around tranquillity, calm and open space in Flanders

Arnavutkoy and Sulukule: an interview and a case study
Interview with Mahmut Celebi, President, Association of Residents of Arnavutkoy
People from all over the world are campaigning in favour of Sulukule, Turkey's oldest Roma neighbourhood

A peek at the future

PDF - Heritage and beyond